Yes, we know there are thousands of unmarried women out there who are desperately searching for partners. They want a man to call their own, a man who will devote himself only to them and whom they can spend the rest of their days with. A man who will be a loving husband and a fantastic father to the children. But, sadly, men like these are in short supply these days. It takes pure miracle to find this sort of men. So, desperate as the ladies may seem, they still take their time. They know exactly what they want in a man and many of them are not willing to bend their standards just so that they can also be known as Mrs. Somebody. The following are the six types of men Naija ladies won’t touch a NEPA length pole, even if they’re desperately searching for a partner. 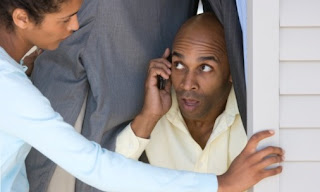 *The chronic womaniser. Everyone knows that most men are polygamous in nature. Every woman knows this and to a certain extent can take when once in a while her partner strays. But when he begins to jump into bed with anything in skirts and shows no decency nor remorse, then he becomes a no-go area for any sensible woman. He’s what they call bad market for marriage.

*Too many baby mama baggage. How do you even begin to relate with this one? Where do you want to start from? With multiple baby mamas already fighting over him, trying to get his attention and affection, where do you fit in? This one is dead on arrival, no sensible woman will want to be his wife, except of course if you’re rich and famous like Tuface!

*Mr. Lazy Man. If there is any particular type of man women hate the most, its the lazy type. Ask any woman, and they’ll tell you they adore hardworking men. Loafing away in the house all day doing nothing and expecting friends to come drop some money on your laps everyday puts women off. A man like this certainly can’t be a woman’s favourite for marriage.

*The Mummy’s Little Boy. My God, ladies simply can’t bear staying under the same roof with this one. The fact that he doesn’t have a mind of his own just makes him unattractive to most women. Men who are still tied to their mother’s apron strings can really make awful partners, and it becomes even worse if the mother is the nosey and bitchy type. 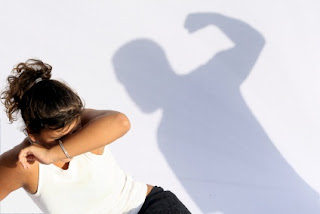 *The violent partner. No woman wants to stay with a man like this one. We have seen how abusive men have wrecked their own marriages and turned their wives into shadows of themselves. These are the situations that metamorphose into domestic violence and then we hear that the man just killed his wife, or that the wife just stabbed her husband probably in self defense. Once a sensible woman notices these traits in a man, she begins to have her doubts about him and then subsequently,m she walks away from his life.

* The stingy man. Ah! This one has no chance at all. Women always blacklist any man they consider stingy. Every woman desires a man that can take care of her needs. It is understandable if he doesn’t have much to spare, but in a situation where they know he has the money, yet he has a problem dipping hands into his pocket for them, then it becomes a problem. And the only way to deal with such a problem is to dump the man like a piece of rubbish.

Reinkindle the lost spark in your marriage/Relationship. Visit Teekay's Blog for Complete Guide on Relations & Marriage. Click on the image